WHAT IS RECLAIMED WATER?

Reclaimed water is any highly treated wastewater that has been specially treated by strict water quality standards. These standards are enforced by the Florida Department of Environmental Protection (FDEP). This type of wastewater is clear, clean, and odorless due to the treatment process completed in wastewater treatment plants. This wastewater must undergo a rigorous process that disinfects the water. The water is continually monitored by technicians to ensure that it remains in compliance with the latest industry regulations. This water is usually used for irrigation.

While most reclaimed water is only treated twice, reclaimed water at the Howard F. Curren Advanced Wastewater Treatment Plant goes through three major processes before it’s made available to customers. By law, reclaimed water meets the Environmental Protection Agency’s strict standards, however it is still not suitable for drinking or bathing.

HOW TO USE RECLAIMED WATER

If you are considering reclaimed water for your residence, here are a few guidelines for how to use it:

THE BENEFITS OF WATER RECLAMATION SYSTEMS

One of the main benefits of reclaim water systems is they are environmentally friendly. They are also a great way to reuse water for landscape irrigation purposes. Ultimately, the use of reclaim water is an effective way to reduce the volume of wastewater into water resources. They also help conserve the fresh water supply by producing an alternative source for irrigation usage. This is especially effective during the dry seasons. Drinking water is not as readily available and many communities struggle with meeting the constant demand of users. However, reclaimed water is a perfect way to reduce the demand by providing a viable alternative for irrigation purposes.

FOR USE IN SPRINKLER SYSTEMS

50% of Florida’s drinking water is used for irrigation — and Tampa is no exception. The Hillsborough River reservoir is our main source for drinking water, and in the annual dry season, increased irrigation demand causes the water level to drop. Using reclaimed water for all of irrigation can help the city conserve its drinking water in the summer months and for future generations. 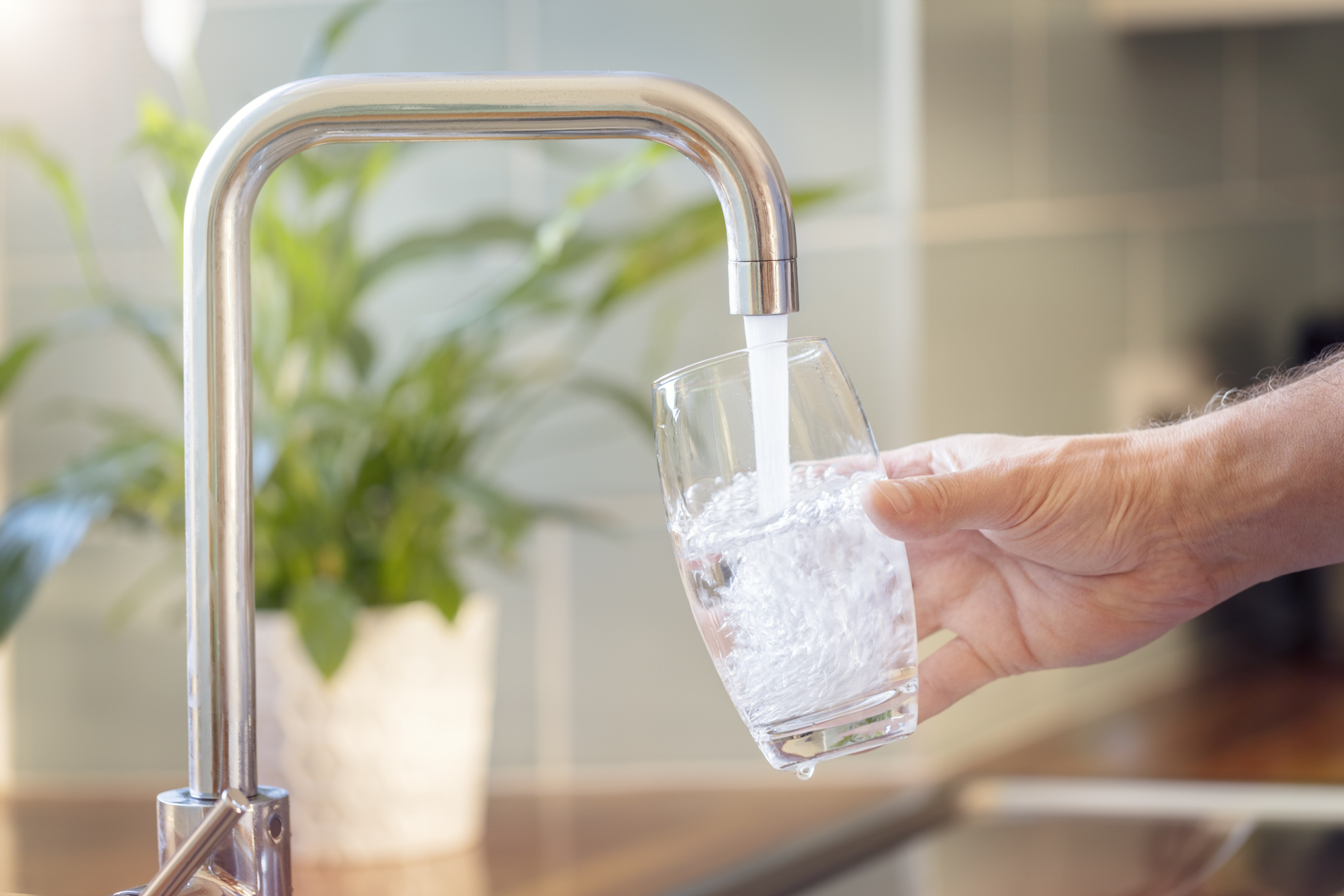 The local government generally puts less restriction on the use of reclaimed water for irrigation than fresh water irrigation. For example residents who live in North Hillsborough county may water any day of the week as long they water during allocated hours and on as many days as they deem necessary, but those who are on potable water may only water during two hour windows on 2 select days per week. However, it is still important not to overwater.

One great thing about reclaimed water is that it already has nitrogen in it — one of the ingredients found in commercial fertilizer. It is important to note that once you start using reclaimed water, you’ll want to keep tabs on your lawn and landscaping to see if any adjustments need to be made. You may need to lower your fertilizer levels or replace plants that have a low salt tolerance.

How Do I Know If I Already Have Reclaimed Water?

If you have reclaimed water, you usually see purple markings on the curb. Irrigation technicians can help you figure it out quickly. Reclaimed water is available to customers who live within the boundaries of the existing reclaimed water service area. You can also call the water department servicing your area. If you are in Pinellas County or Hillsborough County you can check our informational pages.

If you are not in the service area, you can purchase reclaimed water in bulk through the Howard F. Curren Advance Wastewater Treatment Plant.

The District works with local utilities and water users to maximize the beneficial use of reclaimed water as an alternative water supply. The use of reclaimed water helps meet current and future water supply needs in the region and is a vital component of the District’s Regional Water Supply Plan. The District has committed to a long-term goal to beneficially reuse 75 percent of all flows from wastewater treatment plants. To meet this goal, the District provides funding through our Cooperative Funding Initiative program to help communities develop reclaimed water systems. During the past 30 years, the District has committed more than $422 million to water reuse projects in west-central Florida.

How Do I Get Reclaimed Water Connected If I Don’t Have It?

A permit must be obtained by the person who will complete the connection before any work is performed. You must also fill out this application if you are in Pinellas County or call Hillsborough Public Utilities at (813) 272-5977 ext. 43140 if you are in Hillsborough County.

The City will inspect the work upon completion to ensure the connections to the potable (drinking) water and reclaimed water meters comply with all applicable state and local building codes, as well as FDEP rules. The connection work must pass inspection before the system can be used. Permittees have one year from the date the permit is issued to complete the work and pass inspection. Permittees not meeting that timeline will be required to pull a new permit.

Why You Need A Backflow Device

How much does it cost to start reclaimed water service for irrigation?

To receive residential service, a standard 3/4-inch reclaimed water meter and backflow prevention device (as stated above) must be installed on your property. Installation of a 3/4-inch meter costs $375, plus a $15 application fee. Customers will also be responsible for all associated permit costs. Businesses and other non-residential locations that require other than a residential-size meter should call the Water Engineering Planning Section at (813) 274-8121, option #6, for a cost estimate.

How will I be billed for reclaimed water used for irrigation?

Reclaimed water is metered and billed as a separate line item on your City utility bill at a rate of $1.20 per hundred cubic feet (CCF). One CCF is equal to 748 gallons.

When Can I Water With Reclaimed Water?

The District’s year-round water conservation measures are in effect except where stricter measures have been imposed by local governments.

The measures shown below currently apply to all of Charlotte, Citrus, DeSoto, Hardee, Highlands, Manatee, Pinellas, Polk, Sumter, Lake and Levy counties; the City of Dunnellon and The Villages in Marion County; and the cities of Temple Terrace, Plant City and North Port.

Some local governments such as unincorporated Hillsborough County, Pasco County and Pinellas County including the cities of Clearwater, St. Petersburg and Tampa have local ordinances with special twice-per-week schedules.

Other local governments such as unincorporated Hernando, Pasco and Sarasota counties, and the cities of Dunedin, Longboat Key, Sarasota and Venice, have stricter guidelines that include local ordinances which remain on one-day-per-week schedules.

Visit the City of Tampa’s website for detailed information on water restrictions.

Book your AC tune up now before summer is in full swing and wait times increase.